An opportunity to build on landmark COP for water 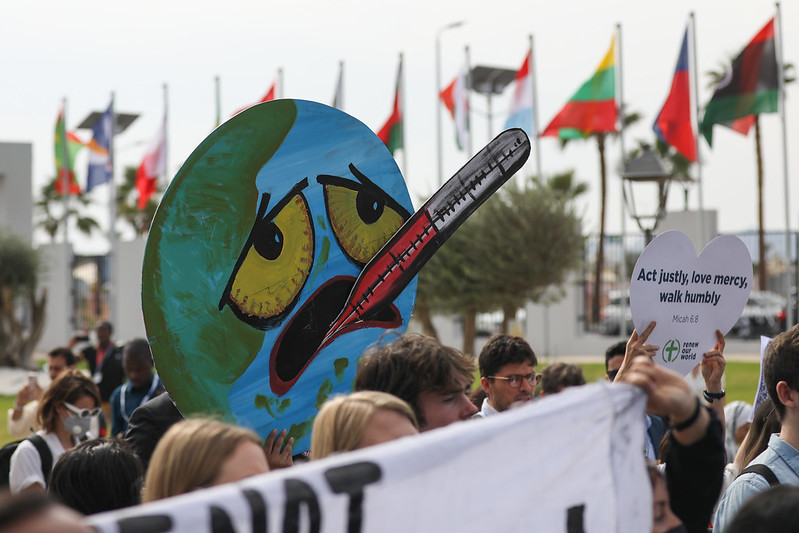 EM: Why has water not been a COP priority until now?

PB: Until now, the COPs have been a forum for discussion and negotiation between countries with a great focus on mitigation – the reduction of greenhouse gases that generate climate change. Until now, no progress has been made with regards to treating adaptation in a profound and serious manner. When we work on solving the consequences of climate change; we need to remember that mitigation only addresses the causes. The consequences of climate change are manifested in water: just look at how many floods, droughts and other phenomena we have had this year.

It seems obvious, but for the first time water was included in the Presidents’ Summit. For the first time there have been several countries pushing for adaptation finance to be addressed: Senegal and  Spain led a resilience alliance against droughts and that was a very important milestone. For the first time there was a Water Pavilion with a blue area dedicated to water and also a green area dedicated to resilience. A formal COP document was prepared where water adaptation was named as a priority for the upcoming meetings in Dubai and Australia. This COP marks a shift in the agenda to give importance to water.

Until now the commitments have always been in mitigation. In the next COP, the objectives of the countries will include not only reducing emissions, they must also address adaptation.

EM: Are you referring to damages?

PB: That is exactly what has been discussed. You have to finance that. When we talk about losses and damages, many of them have to do with water, water phenomena generate a direct impact on the economy, therefore, there is a great challenge with how to create processes and transition to efficient water use and/or private financing for infrastructure that helps change technology and better manage water. To do this, the markets must be involved. If we are able to create markets around loss and damage, those markets can help finance technological change and innovation, for example by supporting start-ups that use data to manage water.

EM: We are midway since the 2030 goals were defined in 2015. How far away are we from our destination?

PB: We are not close. That is why in the 7 years that we have left there must be an important change. 2022 has seen record climate impact, we have seen extraordinary droughts, three La Niña phenomena in a row and the same has happened with floods. The positive part is that it will lead to the adaptation agenda growing. What will happen in the next COP are negotiations between governments and private parties, including banks. Investment funds in water are going to grow, it is a great challenge to do it well; we will have to go through a learning curve because these markets are not perfect.

EM: What will happen if we do not achieve our 2030 goals?

PB: It is good to look back to understand the future. We had what were called the millennium development goals, which were agreed upon in 2002 and which, above all, were based on financing from the public sector. These goals, in many countries, were not reached and gave rise to the sustainable and sustainable development goals of 2015 with a horizon of 2030. The SDGs have a multisector vision and incorporate private financing participation. Around 2030, the goals will be reformulated based on the fact that it was not possible to limit warming to 1.5ºC. We know that this goal will not be met, in fact, the planet is already at 1.1 ºC and warming has been accelerating. The new goals will be more specific in terms of mitigation and private participation.

However, the large economies are reluctant to commit to adaptation. In fact, the most polluting countries, the US, Russia, China, and India, tend to be absent from meetings where agreements are made.

Adaptation means financing and loss and damage, and governments tend to be very cautious about that, because it means a real impact on their budgets and policies. It is true that its success is questioned and the COP as a summit has been criticized, but it is the best global instrument for discussion and negotiation that we have, so we will have no choice but to improve it. I celebrate the positive aspects, but I think that the pressure on the COP and on the main countries that do not take responsibility will increase, because, as the years go by, we will be seeing serious consequences of climate change, much sooner than we had imagined.